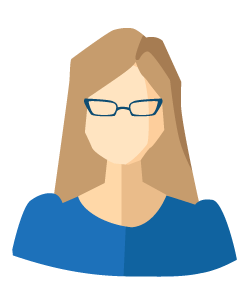 Liposuction seems like a quick and easy way to get rid of some unwanted fat. The procedure is safe, the recovery time is minimal, and fat extraction has become increasingly more affordable and accessible. However, it may not be as easy as it looks. An important liposuction study shows that by a year after the surgery, most of the fat comes back—though not necessarily in the same places it was extracted from. For example, fat suctioned out of the thighs reappeared in the abdomen. How can you prevent the same thing from happening to you? Take a look at some important tips that will help you keep the weight off after liposuction.

The importance of exercise can't be stressed enough. Liposuction can be a fast way to get rid of those nagging few pounds that you just can't seem to lose, but you can't fool your body through surgery. If you become inactive after the surgery because you've hit your goal weight, the fat will sneak back up on you.

A Brazilian study that followed a group of 36 women after liposuction showed that the women who took part in a four-month exercise regimen after the surgery did not regain the weight within six months. The women who did not exercise had a 10% increase in fat within six months. The results are clear: exercising at least three times a week will help you maintain your liposuction weight loss.

Instead of eating several large meals a day, spread your food intake out into a number of smaller meals throughout the  day. Eating smaller amounts of food at a time helps you digest your food more efficiently. It also keeps your energy levels more stable—you'll avoid that sluggish feeling you get after eating a big meal.

Breaking up your meals can also prevent you from overeating. You won't go as long between meals, so you won't have time to start feeling deprived and hungry, which can cause you to overeat at the next meal.

Staying hydrated can help your body ward off hunger pangs. It's entirely possible for you to mistake thirst for hunger, so ensuring that you drink enough water can help you avoid unnecessary snacking.

Water also boosts your metabolism. Studies show that people who drink eight to twelve eight-ounce glasses of water daily burn calories at an accelerated rate. Meanwhile, dehydration compromises many of you bodily functions, including the ability to burn calories.

There's nothing wrong with taking a weight loss shortcut by having a few pounds of fat surgically extracted at a clinic like Medilaser, Cosmetic Surgery and Vein Center. However, liposuction isn't a replacement for healthy habits. If you want to maintain your new, slimmer shape, exercising, eating more frequent smaller meals, and drinking more water can help you make your liposuction results last.